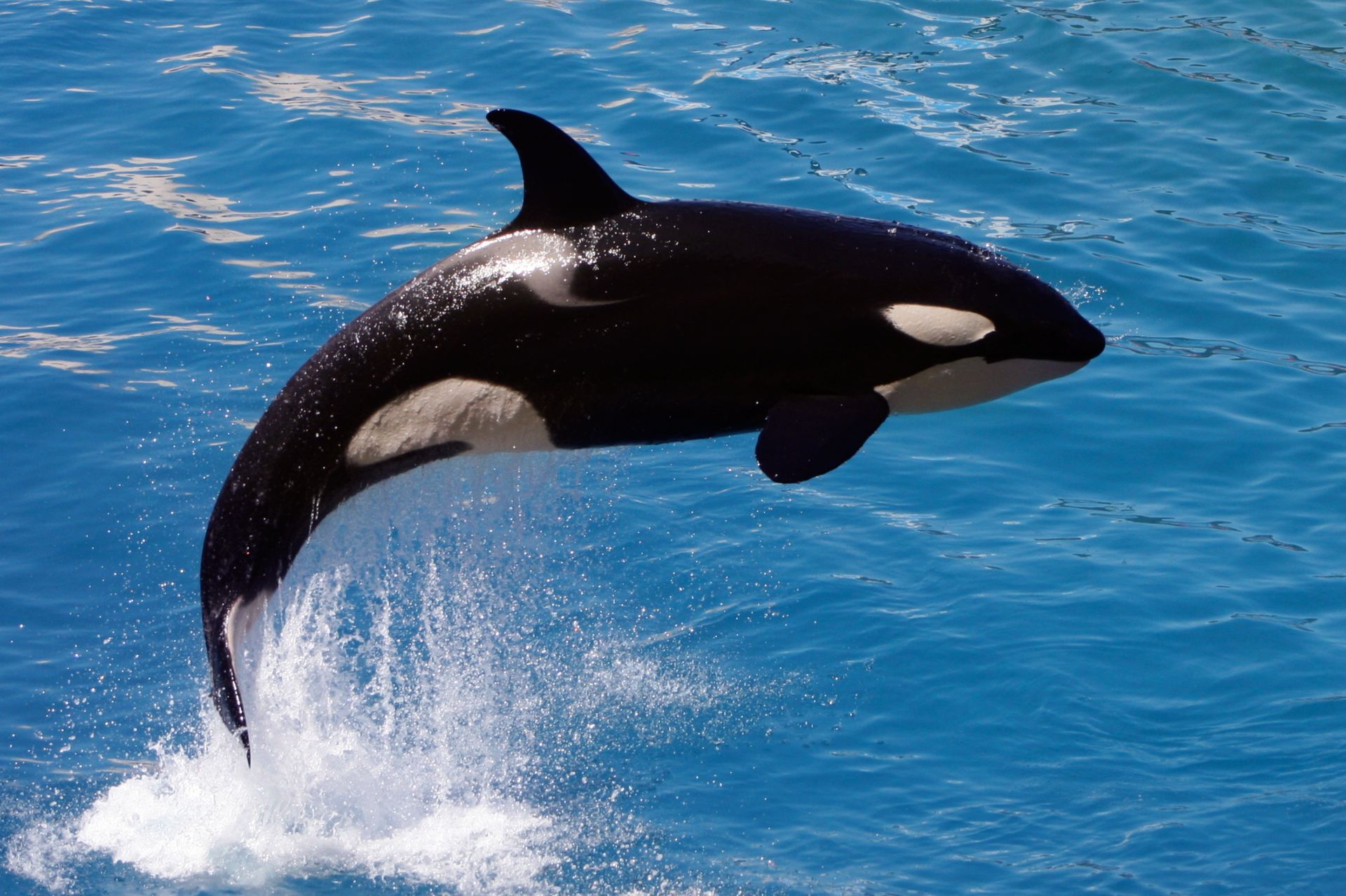 Orcas have been around for a really long time. To them, we are a relatively new species. Known as the “killer whale” in most conversations. They can grow up to 8 meters in length and they can weigh up to 5 400 kg for an adult. Being that large, an average-sized orca may eat up to 230 kg of food per day. If you think that’s a lot, you should try living as a mammal in the ocean. Ah yes, they are mammals. And don’t worry, they don’t prey on humans but still be cautious when you’re going for an open water course. So let’s get to know them a little bit more:

They Are Not Whales

Despite their nickname, the “killer whale” is not a whale. They’re not even in the same family as whales. They are in the same family as dolphins. However, dolphins and whales are quite close so calling them “killer whales” is not wrong. Plus, they got the nickname from a long time ago of sailors observing the way they hunt. They hunted and preyed on whales and they were often called “whale killers” but to make it easier, they flipped it to “killer whale”.

They Have Different Cultures

They Are The “Wolves Of The Ocean”

Speaking of clans and pods, they have been known as the “wolves of the ocean”. Similar to a pack of wolves, orcas hunt in pods, live in families and are protective of one another. That’s how each pod have different techniques of hunting. They will learn different ways or the most efficient way to herd their prey into an area where they will attack and eat with the whole pod.

Similar to how they hunt differently, each pod of orcas also communicate differently. It’s like how humans have different languages too. For example, when they try to tell what language they’re using, it’s like when we differentiate English speakers from Russian or Chinese speaker. They even have distinct dialect within pods of a clan like how English has Southern accents or New England accents.

They Go Through Menopause

More than 90% of animals continue producing as they age and pass away. However, orcas are included in the 5 species that stop producing in the middle of their lives. This is because adult female orcas in a pod tend to be related to most of the pod since their daughters and sons stay in the pods throughout their adulthood. Being related to most of the pod is a good reason to stop producing. Then the adult females who have been through menopause can focus on teaching and guiding the younger ones.

Yes, they definitely do. There has been a lot of cases where orca pods hunt and prey on great white sharks. There was even a time where researches noticed that when a pod of orcas enter a great white’s territory, the shark flees from that area for up to a year to avoid them.